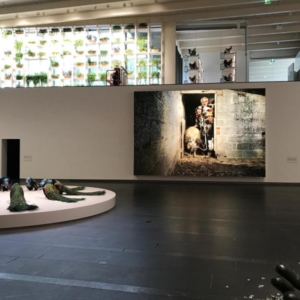 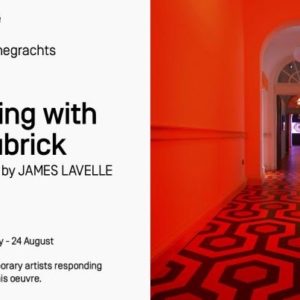 BEHIND THE SCENES:
DAYDREAMING WITH STANLEY KUBRICK,
Exhibition at Somerset House, London 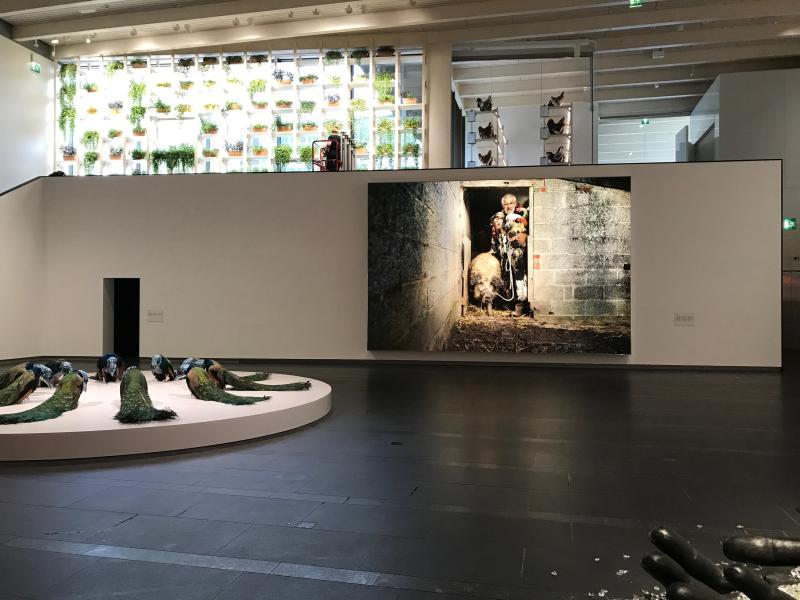 “IT’S ABOUT TIME”…
ART AND POPULATION HEALTH AT A CROSSROADS

When art and science mix, great things happen. And that is what happens when Koen Vanmechelen gets in your head. Koen is a Belgian artist known for the Cosmopolitan Chicken Project (CCP) – http://wassermanprojects.com/cosmopolitan-chicken/#1475108318857-94863590-382f

I had the opportunity to meet with him during his newest opening at the Serlachius Museum in Mantta, Finland in May.

The CCP is an experience and a philosophy of life that uses the chicken as the metaphor of the amalgamation of human interaction with our natural environment, the dependency that exists among species, as well as role that art and science have in mutually re-enforcing the other. The CCP depicts life as art but also provides us solutions to some vexing problems.

The fates of humankind and the chicken have been intertwined for millennia. As a reliable source of nutrition, early human settlements gravitated to the chicken as a renewable food source. As a social construct, the chicken has been a part of every major human settlement. Koen’s work recognizes this interdependence and highlights the importance of “place” in determining who we are and who we can become.

By raising awareness of the importance of genetic heterogeneity in species’ survival, the artist’s work reminds us that our current culture of hyper-specialization and genetic homogeneity presents survival risks. By placing importance on select genetic qualities, our industrial agricultural mono-culture has created a food supply that is inherently vulnerable to disease and has removed a key element of health and well-being from our local communities.

As population health is really about preventing preventable illness, enabling our communities to provide basic human needs in a reliable and safe way, the CCP reminds us that while we believe our modern societies have the ability to provide superior health and well-being, we actually are building on a shaky foundation. In particular, the industrialization of our food supply leaves it vulnerable to epidemic, promotes human disease through rearing practices that are dependent on antibiotic over-use, and promotes food insecurity to our most vulnerable populations by financially and geographically limiting access to nutrition.

By crossbreeding national chicken breeds to create new hybrids, Koen’s art has created a scientifically more resilient chicken. A chicken that can be re-introduced into a “cosmopolitan” environment and thrive, therefore promoting the notion of local stewardship over food production. From a population health perspective, this gets about as far upstream into a community as one could imagine. If well-being is defined in terms of the ability of a community to provide for itself, then the CCP gives us a roadmap to get there.